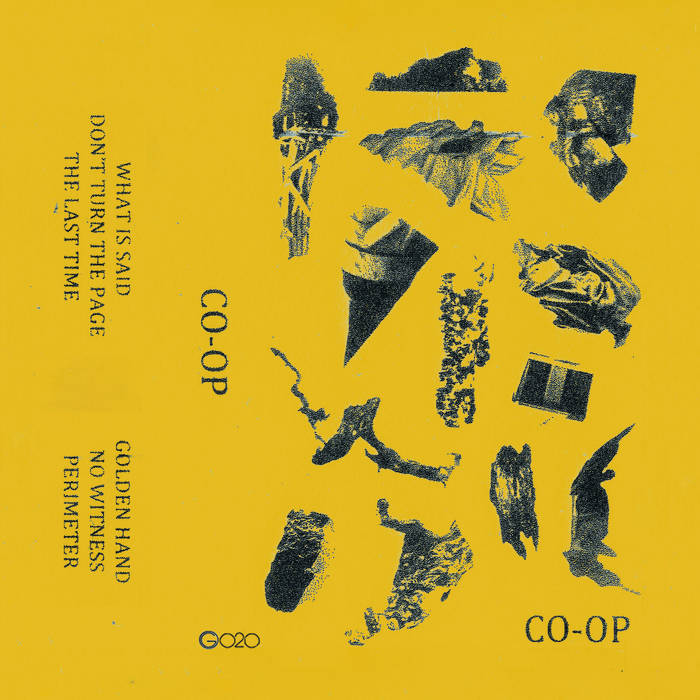 Co-op’s eponymous album opens a few drum beats from cacophony. At its outset, the dissonance in “What Is Said” is jarring. However, subsequent iterations of the refrain reveal a surprising tunefulness amid the instrumental discord. For all the tonal variation between the refrain and verses, the song is surprisingly cohesive with greater depth than the cacophony I first heard. Co-op is a complex and engaging album — all the more because its depth isn’t fully revealed on first listen.

On Co-op, the three-piece post-punk band out of Vancouver plays with discordant sounds that make for an intriguingly incongruent first listen. Evan Gray’s monotone vocals are indistinct throughout the album, echoing behind his guitar and Liam Shiveral’s bass. For lack of distinct vocal verses and choruses, the album’s progress is marked by its instrumental patterns and variations.

The band is at their best when they deviate from the pattern at the core of their songs. The plodding pace and off-note melody of “Dont Turn the Page” is disrupted by tighter guitar and accelerated drumming from Stefen Ursulan. The shift in the song’s final minute makes the rhythmic regularity that surrounds it all the more interesting. “Golden Hand” is structurally similar to “Dont Turn the Page,” albeit not so atonal. The song moves between minimalist guitar and bass sequences and darkly melodic choruses, all the while accompanied by Gray’s distant vocals and his bandmates’ quiet harmonization.

“The Last Time” is the quintessential Co-op track. The band is at its most instrumentally cohesive, guided by Shiveral’s steady bass. Gray’s unaccompanied voice and guitar make exchanges before he launches into some of his most impressive guitar work on the album. Only the guitar on “No Witness” is more distinct, with heavy distortion spiraling through the track.

Despite its EP runtime, Co-op has the depth of a realized album. On the whole, the album is a sum of disparate elements that come together in unexpected harmony. Co-op is a testament to the strength of the burgeoning post-punk scene in Vancouver, as well as to the intricacy of the releases coming out of the city’s independent music scene.

Song of the Day: What I Said by Co-op

This review was originally published in the December 2016 issue of Discorder Magazine.