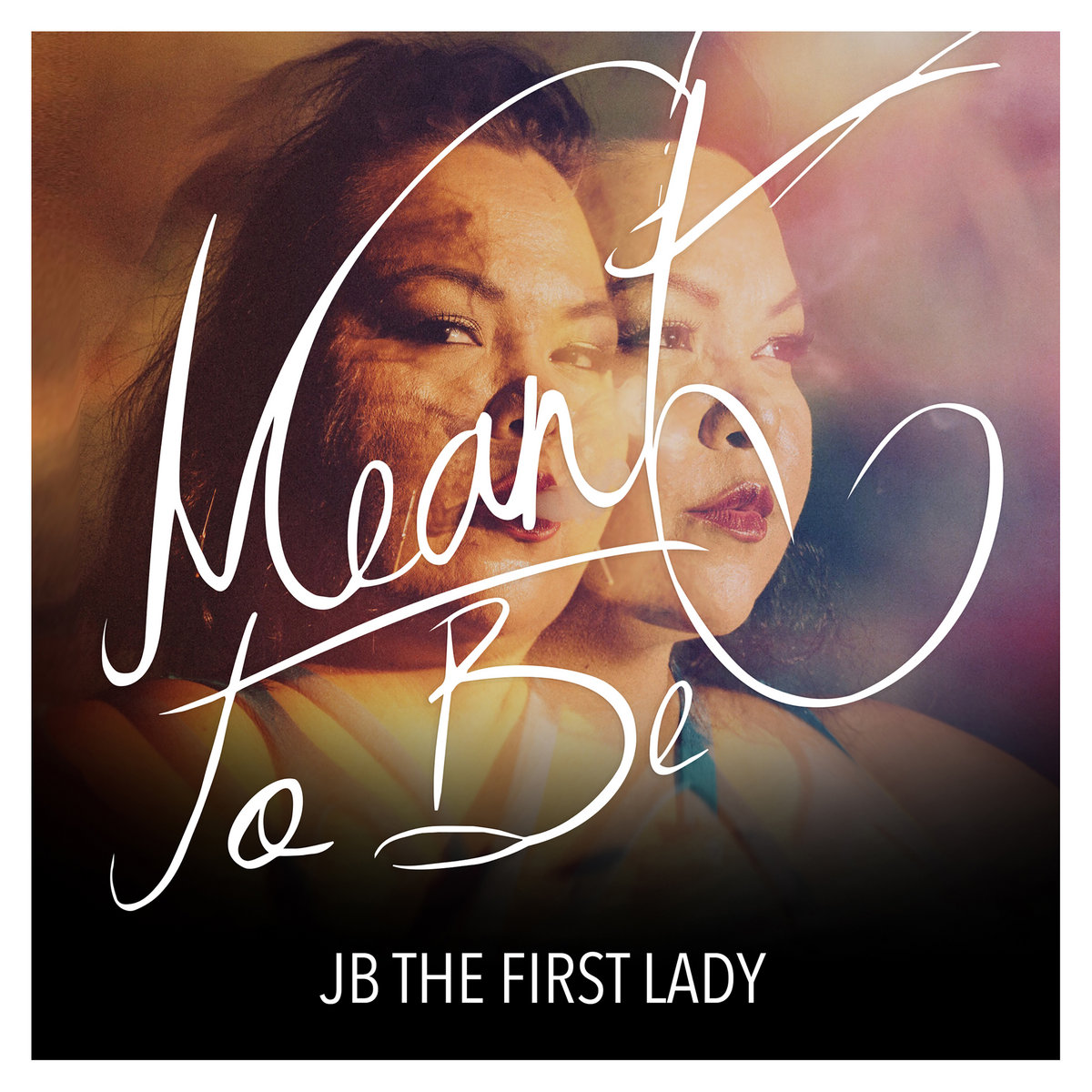 Whether she is rapping, singing or performing spoken word, JB the First Lady‘s smooth vocals and agile flow make her a captivating storyteller. On her fourth album, Meant to Be, JB the First Lady — the pseudonym of Jerilynn Webster —furthers her mission to create music that is both positive, personal and political.

Meant to Be opens with the title track, which functions as the album’s manifesto. She says, “I’m telling a story so open your ears/They wanted us to disappear.” Through the telling of her story, JB resists Canadian History’s attempt to erase the voices of Indigenous peoples, more specifically the voices of Indigenous women. Both her vocal stylings and the autobiographical nature of her music positions JB in a tradition of female MCs like Lauryn Hill. Akin to her musical predecessors, JB the First Lady mixes the personal with the political. When she says, “Justice must come eventually,”it seems like  she is hopeful for the future and critical of the distance Canada has to go before we achieve reconciliation.

Yet, JB still finds room to explore minutely intimate subjects. “My Baby” is a mellow R&B track about how her love for her partner builds her up and helps her to “keep shining.” Themes of heritage and culture still remain present, and JB and her partner assert the power of their connection is due to their ancestry. With a refrain of “My baby’s my baby,” it is one of the more repetitious tracks on the album. Still, JB deserves credit for unabashedly representing her love.

In contrast, “O.O.T.G.,” which stands for ‘out of the gates,’ is a rallying cry. With declarations like “No one can take my light,” “O.O.T.G.” is life affirming. JB denounces the injustices Canada has inflicted against her people: “There is no excuse for hate and abuse.” JB’s son Sequoia is her hype man, calling out, “Tell ’em, Mommy!” Horns coupled with a booming bass line make for polished and gripping production.

Building upon this tone, “Still Here” is a forceful closing track and assertion of identity. JB references the Canadian federal government commitment to Truth and Reconciliation, murdered and missing Indigenous women and the staggering number of Indigenous reservations without potable water, and increased suicide rates in rural communities. In spite of the systemic racism and colonialism, the Indigenous peoples of this land endure. JB calls on everyone to dismantle systems of oppression because “Together we are better.” JB asserts both her own resilience and the resilience of her culture. With honest lyrics and compelling storytelling, Meant to Be proposes a better future for Canada.

This review was originally published in the November  2017 issue of Discorder Magazine.